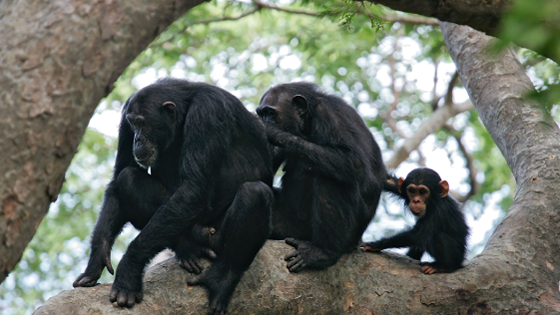 First-time visitors to Tanzania tend to focus on its northern safari circuit. Which isn’t too surprising when you consider that it incorporates such bucket-list landmarks as Serengeti National Park, Ngorongoro Crater, Mount Kilimanjaro, Lake Manyara and the active volcano Ol Doinyo Lengai – and it’s only a short hop from the offshore spice island of Zanzibar.

But the safari action in Tanzania is by no means limited to the north. On the contrary, the country’s underpublicized southern and western circuits incorporate four of its five largest national parks, all of which offer great general game viewing. Elsewhere, the forested shore of Lake Tanganyika is superb for chimp tracking, while the hiker-friendly Udzungwa Mountains and Kitulo Plateau protect unique highland ecosystems rich in endemic species.

Were they situated almost anywhere other than Tanzania, the eight wonderful parks described below would most likely form the cornerstone of a national tourist industry. But as it is, the southern and western circuits are largely overshadowed by the stellar landmarks of the north, making them ideal candidates for those seeking an exclusive and off-the-beaten-track safari experience.

Africa’s largest national park was gazetted in 2019, which also marked the 20th anniversary of the death of its namesake Julius Nyerere, the founding president of independent Tanzania. Covering an astonishing 11,928 square miles, Nyerere was formerly part of the Selous Game Reserve, a UNESCO World Heritage Site since 1981. Today, it forms the core of a cross-border ecosystem that extends into Mozambique and is thought to host the world’s largest populations of buffalo, sable antelope, lion and African wild dog.

Nyerere’s dominant geographic feature, the hypnotic Rufiji River is Tanzania’s largest waterway and home to prodigious numbers of elephant, hippo and crocodile. Away from the river, game drives offer a good chance of coming across a pack of wild dogs or a lion kill. For me, an important feature of this park is that, unlike its northern circuit counterparts, the usual safari regime of twice-daily game drives can be varied by taking motorboat trips on the river and expertly guided walks in the bush. Fly-camping is also offered by most lodges.

Udzungwa is the most biodiverse of the Eastern Arc Mountains, an archipelago-like collection of 13 forested massifs that rise from the coastal belt of Tanzania. An island-like level of endemism, including at least 75 unique vertebrate species and more than 1,000 plants, has led to these mountains being dubbed the African Galápagos. Hikers in Udzungwa Mountains might see two monkey species found nowhere else in the world, namely Uhehe red colobus and Sanje mangabey. For birders, it is also the sole refuge of endemics such as Udzungwa forest partridge and rufous-winged sunbird.

When it comes to a combination of rugged scenery, wilderness vibe, and diverse game viewing, I’d rank Tanzania’s second-largest national park among East Africa’s most compelling safari destinations. This vast tract of semi-arid miombo woodland and savanna is interspersed with ancient baobab groves, rocky ridges, and sandy seasonal tributaries of the near-perennial Great Ruaha River, the region’s only year-round source of drinking water.

Carnivore viewing in Ruaha is exceptional. There are prides of 20-plus lions, good numbers of leopard and cheetah, and several packs of African wild dog. Other wildlife includes large herds of elephant, and an unusually varied selection of antelope, including sable, roan, greater kudu, and Grant’s gazelle. Tanzanian endemics such as black-collared lovebird and Tanzania red-billed hornbill feature on an extensive bird checklist.

Gazetted primarily for its rich flora, Kitulo protects a grassy montane plateau also known as Bustani ya Mungu (Garden of God) or the ‘Serengeti of Flowers’. Floral activity peaks over November to April, when you’ll see marvelous displays of orchids, aloes, red-hot pokers, proteas, and lilies. Kitulo is the main stronghold for the kipunji monkey, a Tanzanian endemic first described in 2006 and now IUCN-listed as one of the world’s 25 most endangered primates. Tourist development is minimal, but this hiker-friendly park is easily reached by 4×4, and you’ll most likely have it to yourself.

An extension of the same ecosystem as Nyerere, Tanzania’s fifth-largest national park flanks the busy truck route from Dar es Salaam to the border with Zambia. Possibly as a result of this, it must surely be the least fashionable safari destination of comparable quality anywhere in East Africa. Yet our experience has always been that Mikumi offers superb wildlife viewing – lion and spotted hyena are often seen on the Mkata Plains, along with giraffe, zebra, elephant, buffalo, eland, and other antelope.

For budget travelers, Mikumi stands out as unusually affordable safari destination, because it is easily visited as a day safari from the small town of the same name. Tourist volumes are low except over long weekends when Mikumi’s relative proximity to Dar es Salaam makes it a popular escape from the city.

Set on the forested shore of Lake Tanganyika, Gombe Stream is a small national park with a big reputation, thanks to the ongoing chimp research project established there in 1960 by Jane Goodall. It remains far more low-key than might be expected of a park with its celebrity credentials, largely due to its remoteness from the country’s main safari circuits. Despite this, Gombe is one of the very best places to track chimps in the wild – a truly mind-blowing experience – and the only one where we’ve seen these hirsute apes attempt to hunt monkeys. The park is readily accessible by inexpensive lake-taxi or motorboat transfer from the port of Kigoma, which is connected to Dar es Salaam by scheduled flights.

Tanzania’s third-largest national park offers an untrammeled safari experience that evokes Africa as it must have been a century ago. Practically inaccessible during the rainy season, Katavi is at its best between May and October, when the Katuma floodplain harbors mind-boggling densities of buffalo, elephant, lion, giraffe, zebra, impala. A remarkable highlight as the dry season progresses is the concentrations of hundreds of hippos that jostle for wallowing space in practically any stretch of water deep enough to wet a knee in – I’ve not seen the like of this anywhere else in Africa!

Having been to most of Africa’s major chimp-tracking destinations, if I could only revisit one, it would be Mahale Mountains. Like Gombe Stream, this park stands on the scenic shore of Lake Tanganyika, but it is far larger in scale, supporting an estimated population of 1,000 wild chimpanzees, including one super-relaxed community that was habituated by Japanese researchers back in the 1960s.

Chimps aside, the forests of Mahale host a wealth of other primates and birds, many of which are more normally associated with West Africa. And the setting is unforgettable: a series of sandy palm-lined beaches lapped by the transparent waters of the world’s longest lake and overlooked by the jungle-clad slopes of 8,070ft Mt Nkungwe.