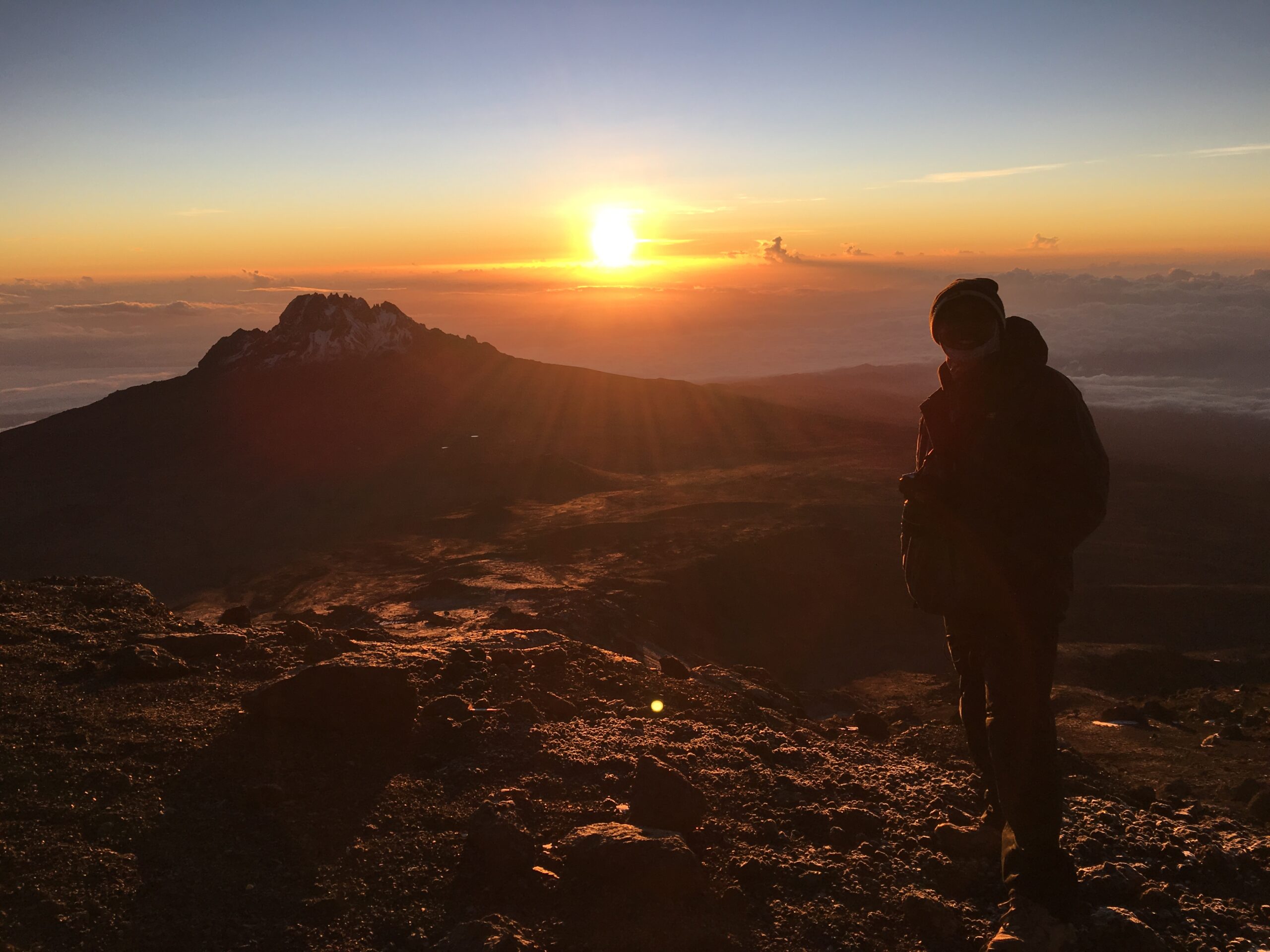 Tanzania is home to a phenomenal number of world-beating landmarks. Two of Africa’s five tallest mountains lie within its borders, as does the continent’s biggest national park, the world’s largest unbroken volcanic caldera, a terrestrial mammal migration second to none, and a share of Africa’s three largest lakes. Here we introduce you to Tanzania’s ten most statistically impressive destinations and offer some tips on how to make the most of them.

Rising to 19,341ft, Kilimanjaro is the highest mountain in Africa. It is also the tallest freestanding mountain anywhere in the world, with a peak that stands 16,100ft above its base. A dormant volcano that formed around four million years ago, the so-called Roof of Africa is renowned for its permanent equatorial snowcap, a feature that threatens to melt completely within the next three decades as a result of global warming.

Travel tip: Kilimanjaro can be climbed over five days on the busy Marangu Route. Six or seven days allows more time for altitude acclimatization and improves your odds of summitting. The quieter Machame, Shira or Rongai Routes are recommended.

Extending over 23,146 square miles, Lake Victoria is the largest freshwater body in Africa by area, and the second-largest anywhere in the world. Some 49% of its surface lies within Tanzania, while the remainder is split between Uganda and Kenya. Bisected by the equator, this vast inland ocean is the source of the world’s longest river, the Nile.

Travel tip:  Lake Victoria is poorly developed for tourism, but worthwhile destinations include the atmospheric port town of Mwanza and Rubondo Island National Park. The latter is one of the best places in Africa to see otters and the sitatunga antelope.

Africa’s most famous safari destination, the Serengeti lies at the core of a circular route covered annually by the world’s largest terrestrial mammal migration, featuring around two million wildebeest, zebra and gazelle. This vast migratory ecosystem is also one of the continent’s most important strongholds for lion and cheetah.

Travel tip: The annual migration through the Serengeti follows a 600-mile route, so some planning is required in order to be in the right place at the right time. Revisit https://fairtradesafaris.com/news/where-and-when-to-catch-east-africas-legendary-wildebeest-migration/ for a detailed overview of where and when to catch the action.

A Maasai name meaning ‘Mountain of God’, 10,459ft Ol Doinyo Lengai is one of the youngest and most active volcanoes in Africa. It is the only volcano known to emit natrocarbonatitic lava, whose low silica content makes it unusually viscous and fast flowing. The volcano overlooks Lake Natron, which is a contender for the world’s most hypersaline lake, with a PH comparable to ammonia, and the only known breeding site for East Africa’s 2.5 million lesser flamingos. The world’s most ancient Homo sapiens footprints are preserved in a solidified 120,000-year-old lava flow on the Rift Valley floor close to Natron.

Travel tip: Although it’s somewhat off the beaten track, Natron is serviced by a few modest lodges and campsites. These can be used as a base for scrambling up Ol Doinyo Lengai, an 8-hour round hike best done in the cool of night.

Prior to its political union with Zanzibar in 1964, mainland Tanzania was known as Tanganyika, after the 418-mile-long that runs along its western border with the Congo. This is the longest freshwater body on earth, and it would also rank as the world’s oldest, deepest and most voluminous lake were it not trumped on all counts by Baikal in Siberia. Hemmed in by the tall verdant walls of the Albertine Rift Valley, this absolutely beautiful lake is also claimed, credibly, to be the least polluted anywhere in the world.

Only 30 miles west of Kilimanjaro, overlooking the town of Arusha, stands Africa’s fifth-highest massif, 14,968ft-high Mount Meru. Protected within Arusha National Park, Meru is a dormant volcano whose summit collapsed about 8,000 years ago. It last experienced a minor eruption in 1910.

Ranking behind Victoria and Tanganyika as Africa’s third-largest lake by area, Nyasa is better known as Lake Malawi (a name that tends to draw a blank in Tanzania due to a long-standing border dispute with Malawi, the country). Arguably the most beautiful of all the Rift Valley lakes, it is 350 miles long, and hosts the world’s greatest diversity of freshwater fish, with more than 1,000 species identified to date.

Travel tip: Lovely Matema beach, on the northern tip of Lake Nyasa, is one of several scenic highlights in an off-the-beaten-track, hiker-friendly corner of Tanzania often referred to as the Southern Highlands.

This crescent of 13 isolated coastal mountain ranges has been likened to an archipelago of islands, each of which supports a tract of ancient forest that has been separated from other similar habitats for millions of years. Ranked among the world’s top biodiversity hotspots, the Eastern Arc is home to 75 vertebrate endemics (species found nowhere else in the world) along with thousands of unique invertebrates and plants. These include the familiar African violet, as well as the oddball Udzungwa forest partridge, which is more closely related to the Asian hill partridges than to any other African fowls.

Travel tip: Three Eastern Arc massifs are developed for tourism. West Usambara is great for scenic hikes, but East Usambara is far richer in endemic birds, as well as being the original home of the African violet. The more southerly Udzungwa Mountains National Park is home to three unique monkey species and many endemic birds.

The former Selous Game Reserve was regazetted as Nyerere National Park in 2019. Covering 11,928 square miles, it is now Africa’s largest national park, as well as being the centerpiece of a vast cross-border ecosystem thought to protect the world’s largest remaining populations of lion, African wild dog and sable antelope. Nyerere is bisected by the Rufiji River, which is Tanzania’s largest waterway, and an important focal point for wildlife viewing.

Travel tip: One of East Africa’s most rewarding Big Five safari destinations, Nyerere is the only major Tanzanian national park where game drives are supplemented by boat safaris and guided walks.

This magnificently scenic crater is the centerpiece of the Ngorongoro Conservation Area, a region of volcanic highlands inscribed as a UNESCO World Heritage Site in 1979. Although the crater floor is most famous for its Big Five wildlife viewing, 100-square-mile Ngorongoro features in the record books as the world’s largest intact volcanic caldera, enclosed by sheer walls that stand up to 2,000ft tall.

Travel tip: A game drive into Ngorongoro Crater is a must-do, but it is also worth spending at least one night at a lodge on the crater rim in order to fully absorb the majestic setting.