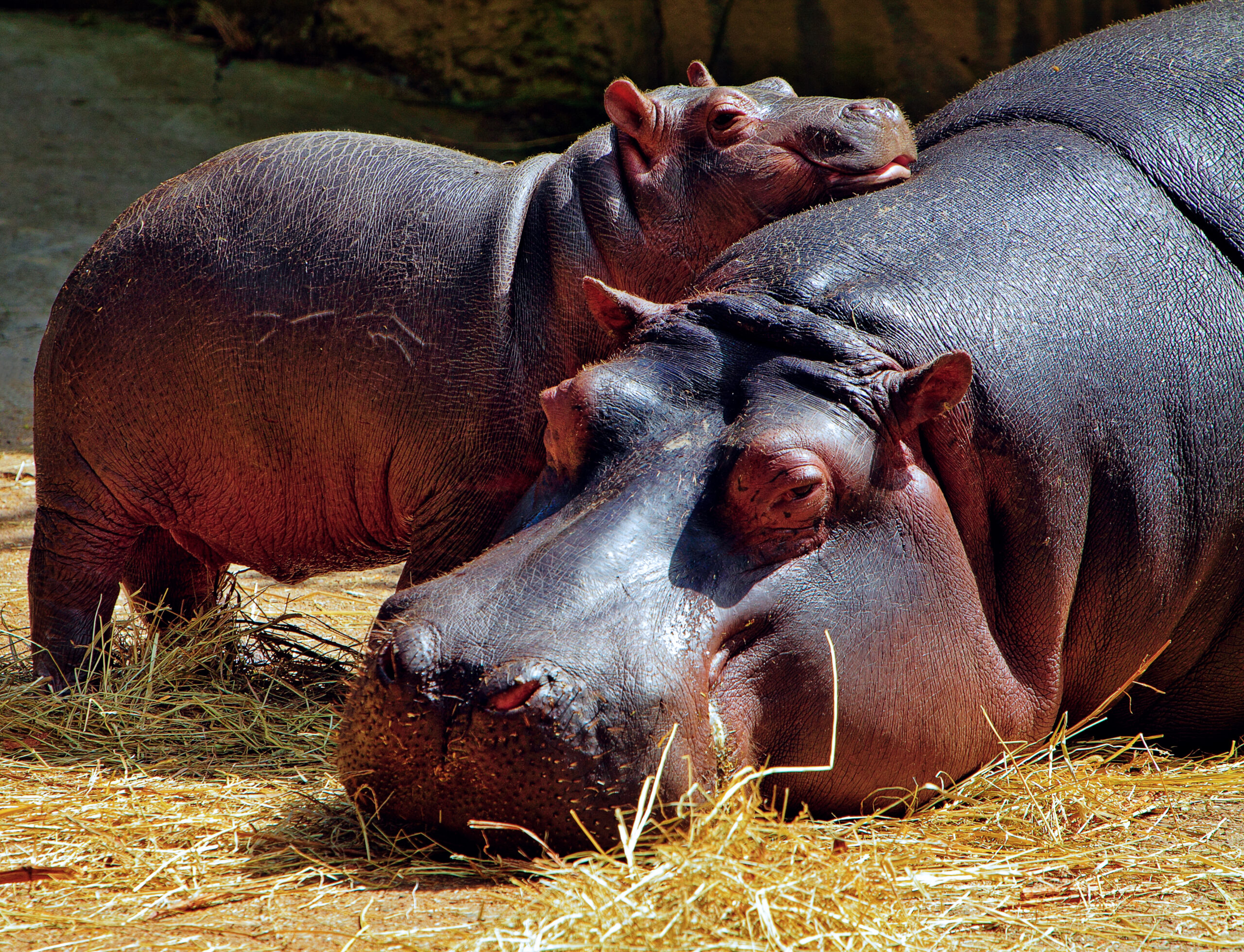 Home  /  News   /  Everything you need to know about Africa’s hippos

Everything you need to know about Africa’s hippos

A characteristic and unmistakable resident of Africa’s rivers and lakes, the hippopotamus is a semiaquatic heavyweight whose blubbery barrel-like torso is supported by disproportionately short and stumpy legs. It is has a thick hairless purplish-grey hide, a massive head with ears, eyes and nostrils placed high on the roof of the skull, and a cavernous mouth that regularly yawns open to reveal a monstrous set of canines.

Hippos are not regarded to be one of the Big Five, but in many respects this feels like an oversight. These aquatic behemoths are considerably bulkier than lions, leopards, buffalos or black rhinos, and they’re probably more dangerous to humans than any other African mammals. Despite this, seeing or hearing hippos in the wild is a highlight of any African safari, and here we introduce you to some fascinating facts about these unique and remarkable creatures.