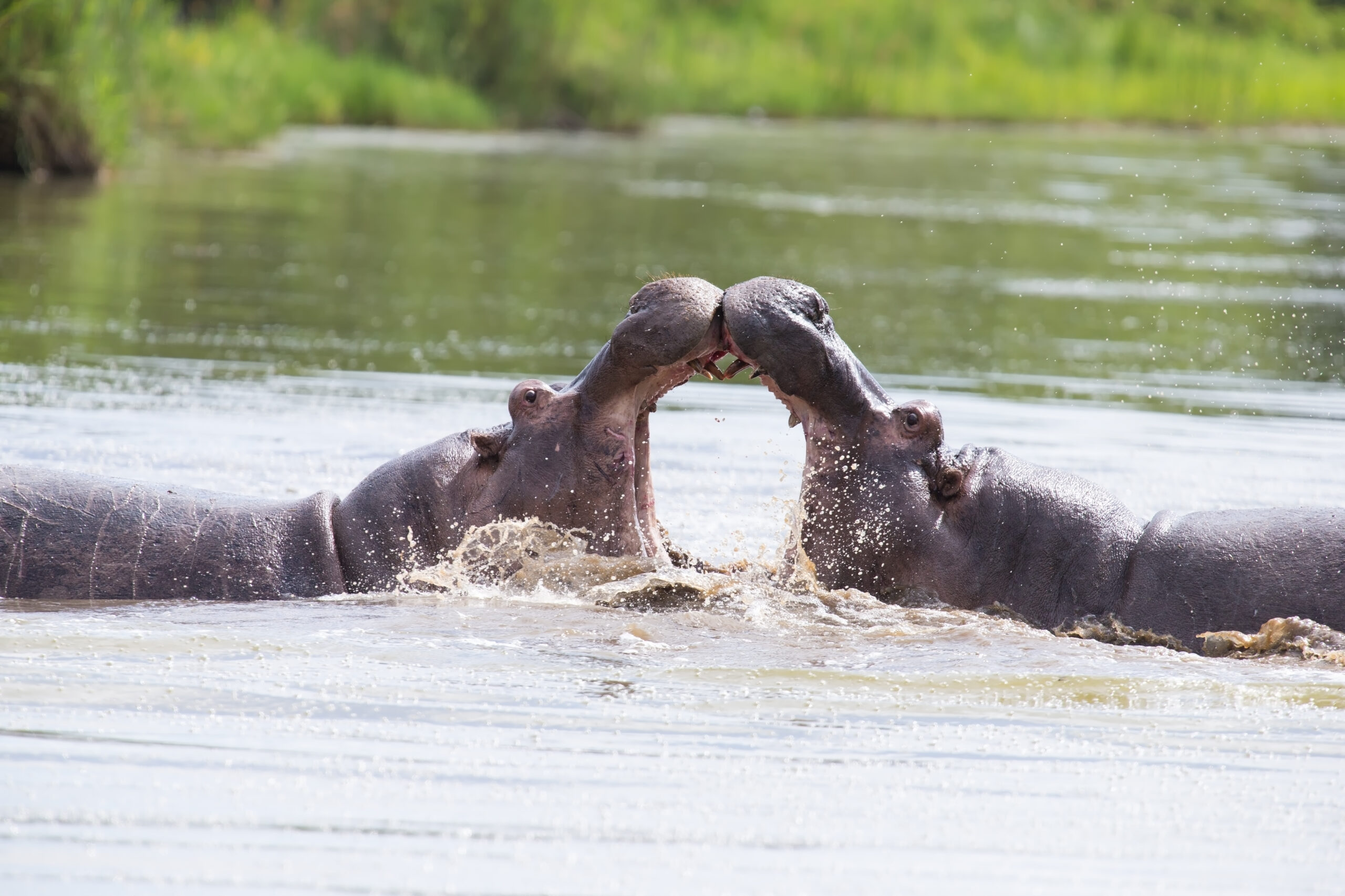 You won’t spend long on an African safari without hearing about the Big Five. The term was coined by colonial game hunters to describe the quarry they considered to be most dangerous, and it has since taken on a second life as a kind of wish list that provides a superficial measure of a safari’s success. But, while there’s no denying that this much-hyped quintet – namely lion, leopard, elephant, rhino and buffalo – includes several of Africa’s most alluring creatures, it also omits several other equally impressive contenders for what might be considered an alternative Big Five:

For me, the mountain gorilla outdoes any of the conventional Big Five when it comes to straight up ‘wow factor’. The world’s largest living primates, mountain gorillas share an astonishing 95% of their genes with humans, and tracking them on foot through the highland jungles of Uganda or Rwanda is a truly unique and inspirational experience.

No two encounters with these gentle giants are ever quite the same: a barrel-headed 500lb silverback delicately shredding bamboo on the forest floor, a young female ineptly attempting to climb a liana, her younger brother putting on a vainglorious chest-beating display, or their mother pacing slowly towards you then raising her head to stare inquiringly into your eyes.

Then there is the poignant realization that this is one of the world’s rarest creatures, though heightened conservation efforts associated with tourism and its importance to the local economy means that the wild mountain gorilla population has increased from 700 to 1,000+ over the past two decades.

Where To See Gorillas: Mountain gorillas can be tracked in all four national parks where they occur: Bwindi Impenetrable (Uganda), Mgahinga (Uganda), Volcanoes (Rwanda) and Virunga (Democratic Republic of the Congo).

Few sounds evoke the wilds of Africa quite so explosively as the demented grunting, braying and spluttering of a few conversing “river horses” (the literal translation of the Greek hippos potamós). And while these purplish-grey behemoths might not be as bulky as elephants or rhinos, they’re not exactly lightweights, weighing up to 9,900lb, with wide lawn-mowing mouths that open in a cavernous yawn to reveal lethal foot-long incisors and canines.

Fearsome as they look, hippos are strictly vegetarian, emerging from the water at dusk to devour up to 100lb of grass on any given night. Surprisingly, although they are primarily aquatic, hippos cannot swim, which means they are confined to relatively shallow water where they can stand, walk or lie. Highly gregarious, hippos typically live in pods of up to 30 individuals, presided over by a dominant male who will defend his territory to the death.

Hippos should be treated with respect: when disturbed on land, they typically charge straight towards the safety of the water at a speed of 20 mph, mowing down anything in their path, making them one of the most dangerous animals in Africa.

Where To See Hippo: Hippos can be seen in most national parks with permanent rivers or lakes. The best locations for seeing large numbers include South Luangwa (Zambia), Katavi (Tanzania), Murchison Falls (Uganda) and the stretch of the Zambezi flanked by Mana Pools and Lower Zambezi National Parks.

None of the conventional Big Five is quite so extraordinary in appearance as the giraffe. The world’s tallest land mammal and heaviest ruminant, standing almost 20 foot high and weighing in at around 4,000lb, this gangling browser has an elongated golden-maned neck comprising seven footlong vertebrae, preposterous stick-like legs, disproportionately small head, long flirtatious eyebrows, and a muscular 18-inch tongue used to pluck foliage from thorny canopies.

Although giraffes are typically quiet and peaceable creatures that move in scattered herds comprising up to 15 individuals, males often engage in a unique form of ritualized jousting that involves battering each other’s necks repeatedly to establish dominance, occasionally with fatal results.

Where To See Giraffes: Giraffes are common and conspicuous residents in most popular African safari destinations. The most beautifully-marked subspecies is the reticulated giraffe, which is all but confined to northern Kenya, where it can be seen in Meru National Park, Samburu-Buffalo Springs-Shaba and the Laikipia Plateau.

The greyhound of the cat world, the cheetah is the world’s fastest terrestrial animal, capable of sprinting at 75 mph thanks to its streamlined shape and non-retractable claws. It can be distinguished from the superficially similar leopard by its simple (non-rosette) spot pattern, slighter build, and black ‘tear marks’ that connect the eyes to the mouth. Unlike true big cats, the cheetah cannot roar; its most common vocalization is a soft and high-pitched bird-like twitter.

The most diurnal of cats, cheetahs are usually seen pacing restlessly through grassland, occasionally climbing onto a termite mound or fallen tree to survey the surrounding area for medium-sized antelope and other potential prey. Cheetahs are generally solitary, but the fluffy-maned cubs usually stay with their mother until they’re old enough to hunt, while adult male siblings often form near-inseparable coalitions.

The most contentious inclusion in this alternative Big Five is the spotted hyena, a fascinating but routinely maligned underdog that is actually more closely related to cats and mongooses than to the canids it resembles. The ancients frowned upon hyenas for their hermaphroditism, a myth that stemmed from the false scrotum and penis that cover the female’s vagina, while the contemporary likes of The Lion King portray them as giggling cowardly scroungers whose livelihood depends on the hard work of others.

In reality, the spotted hyena, Africa’s second-largest carnivore, is an adept hunter capable of killing an animal as large as a wildebeest, and it has a highly complex social structure based around matriarchal clans that might comprise 50-plus individuals. Although hyenas most often forage singly my night, they frequently return to the clan’s subterranean den, which is where you’re likely to have your most rewarding sightings – female relatives greeting affectionately, youngsters playing in the sand, and so on.

Where To See Spotted Hyenas: The most numerically common large carnivore in many African safari destinations, the spotted hyena tends to be relatively inconspicuous in areas where it is strictly nocturnal. A notable exception is the Serengeti-Mara ecosystem (Tanzania/Kenya), where the Ngorongoro Crater in particular is said to host the world’s densest population.