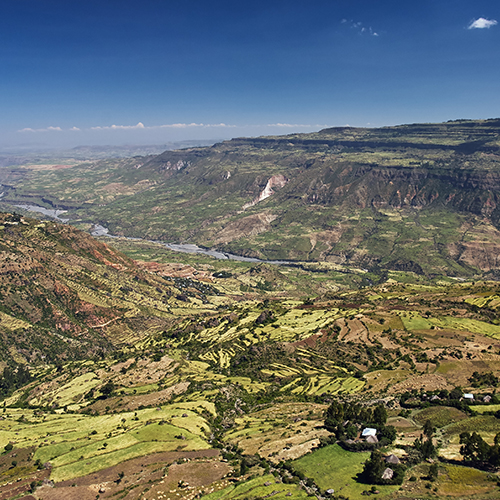 10 Top Things To Do In And Around Nairobi

Kenya’s capital Nairobi is easily the busiest flight hub in East Africa. A city of four million, it boasts an attractive – and surprisingly temperate – highland setting, only 60 miles southwest of snow-capped Mount Kenya, whose 17,021ft summit is the continent’s second-highest. Nairobi is also the most important springboard for air and road safaris to the Maasai Mara, Amboseli and elsewhere in Kenya, meaning that many visitors end up spending a night or two there at some point in their itinerary. Fortunate, then, that the Kenyan capital offers more than its fair share of worthwhile activities and day excursions; here are some of our favorites.

Brush up on history at Nairobi National Museum

Set in leafy hilltop gardens adorned with contemporary Kenyan sculptures, Nairobi National Museum is probably the finest institution of its type in East Africa. It’s particularly strong on history, with displays dedicated to early hominid evolution in the Rift Valley, the mysterious rock paintings of Kondoa (a UNESCO World Heritage Site in neighbouring Tanzania) and the history of the Swahili Coast from the 9th century to the present. Unless you’re particularly enamored of stuffed animals, however, the natural history hall is eminently skippable.

There’s no shortage of markets in and around Nairobi, but if it’s local handicrafts you’re after, and you’re comfortable bargaining with hardened vendors, no better place to start than the central Maasai Market. Artifacts on sale here range from colorful fabrics and beaded jewelry to soapstone carvings, batik hangings and surreal Tingatinga paintings. Those who find the down-to-earth atmosphere a bit intimidating might prefer to try the Friday rooftop market at the suburban Village Market.

Traveled back in time to the Karen Blixen Museum

A firm favorite with Out of Africa cultists, this small museum is housed in the 1912 colonial homestead where Karen Blixen, a Danish Baroness who adopted the pen name Isak Dinesen, lived from 1918 to 1931. It opened as a museum in 1986, following its restoration in period style as part of the set for the Oscar-winning movie Out Of Africa, which starred Meryl Streep as Blixen and Robert Redford as her beau Denys Finch Hatton. Once you’ve explored the museum and the attached gift and coffee shop, you can meander along a lovely nature trail that runs through forested gardens set in the shadow of the Ngong Hills.

Eyeball the world’s tallest animal at the AFEW Giraffe Centre

Established in 1979, the African Fund for Endangered Wildlife (AFEW) is an NGO dedicated to the conservation of Rothschild’s giraffe, a five-horned subspecies confined to northern Uganda and western Kenya. Since the foundation of AFEW, the wild population of this localized subspecies has risen from an all-time low of around 250 individuals to more than 1,500. Uganda’s Murchison Falls National Park is now the main stronghold of Rothschild’s giraffes in the wild, but the stilted viewing platform in Nairobi’s AFEW Giraffe Centre offers you a peerless opportunity to see these astonishing creatures close up.

Track down the Big Five in Nairobi National Park

Particularly recommended to those who won’t go on safari further afield, Nairobi National Park protects 45 square miles of savanna that’s fenced on the city side but not along its other boundaries. A half- or full-day safari is especially rewarding over July and August, when an influx of migrant wildebeest, zebra and gazelle arrives from the Athi Plains. Despite the visible proximity of the city’s skyscrapers, the park is home to four of the Big Five (the exception being elephant) and you’re as likely to see rhino or lion here as you are anywhere in Kenya. For birdwatchers, more than 400 species have been recorded, including ostrich, secretary bird and southern ground hornbill.

Situated at Nairobi National Park’s Mbagathi Gate, the David Sheldrick Wildlife Trust is dedicated to hand-rearing orphaned elephants and rhinos for release into the wild. It was established in 1977 by Daphne Sheldrick, whose achievements, depicted in a 2005 documentary called Elephant Diaries, earned her a knighthood in 2006. Daily tours, by appointment only, offer a unique opportunity to interact with baby elephants and occasionally rhinos.

Tuck into a ‘beast of a feast’ at the Carnivore Restaurant

Nairobi’s cosmopolitan culinary scene rivals that of most African capitals, but the one restaurant that almost every visitor ends up at is The Carnivore. Situated on suburban Langata Road, it specializes in an all-you-can-eat selection of char-grilled meat, ranging from chicken and beef to the more exotic likes of ostrich and crocodile. Vegetarians are surprisingly well catered for, but might find the vibe a bit too meaty for their taste.

Get back to nature at the Karura Forest Reserve

One of the world’s largest urban forest reserves, Karura is strongly associated with the late Professor Wangari Maathai, a community-focussed Kenyan conservationist who in 2004 became the first female African recipient of the Nobel Peace Prize. Situated less than two miles north of the city center, this 2,470-acre reserve is crisscrossed by an extensive network of trails and tracks, making it a popular venue with local cyclists, runners and walkers. It protects a rich variety of wildlife, including bushbuck, common duiker, Harvey’s duiker, Sykes monkey and genet. A checklist of 200+ birds includes eagerly sought forest specials such as African crowned eagle, Narina trogon, silvery-cheeked hornbill, Hartlaub’s turaco and emerald cuckoo.

Climb to the summit of Ol Donyo Sabuk

About 90 minutes’ drive northeast of central Nairobi, Ol Donyo Sabuk is an isolated 7,037-ft-high mountain whose Maasai name – literally ‘Big Mountain’ – seems rather hyperbolic given its proximity to Mount Kenya. Protected in a small national park, the grassy summit can be ascended by 4×4 or on foot, following a steep dirt road through forested slopes inhabited by buffalo, leopard, Sykes monkey, bushbuck and plentiful highland birds. On the way up, you’ll pass the grave of Sir William McMillan, an obese American-born settler whose heavy coffin was hauled up by a tractor that broke down under the strain before it made the summit. Only 2km from the base of Ol Donyo Sabuk, you’ll find the attractive Fourteen Falls and a hippo pool on the Athi River.

Escape to the dusty badlands of Olorgesailie

One of East Africa’s most important prehistoric sites, Olorgesailie stands on what, 500,000 years ago, would have been the shore of a large shallow lake. Excavations undertaken by Richard and Mary Leakey in the 1940s unearthed a wealth of stone tools used by Homo erectus hunter-gatherers, along with the fossilised bones of an extinct giant elephant and hippo. Most of the key finds can be seen on a short guided walking trail. Olorgesailie is also notable for its setting in a traditionalist part of Maasailand that feels infinitely more remote from Nairobi than the 40-odd miles that actually separate them. A surprising amount of wildlife can be seen here, along with dry-country birds such as red-and-yellow barbet, slaty-coloured boubou and cutthroat finch.