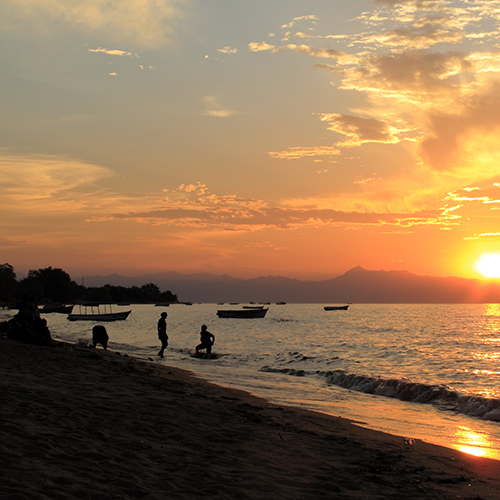 10 Top Places to Visit in Malawi

With its friendly atmosphere, idyllic climate and unpackaged feel, it’s little wonder that Malawi has been dubbed the ‘Warm Heart of Africa’. A relatively small country by African standards, it is best known to outsiders for one single geographic feature: Lake Malawi, which extends along the Rift Valley floor for 350-plus miles and accounts for 15 percent of the national surface area

No question about it, Lake Malawi is scintillatingly beautiful. The shores of this serpentine lake are lined with sandy beaches and rocky peninsulas, shaded by palm fronds and bulbous baobabs, and hemmed in by the 3,000ft-high cliffs of the Rift Escarpment. But Malawi isn’t short of other highlights, most notably an emergent Big Five safari circuit that has benefited from an ambitious postmillennial program of reintroductions.

Some people visit Malawi as a self-standing destination. Other tag its famous lake onto a safari elsewhere in southern Africa. Either way, here are some of the many highlights to be found in this unpretentious and welcoming country.

Malawi’s most established safari destination has seen plenty of ups and downs since I first visited it in 1995. Pleasingly, the recent trend has been emphatically skywards, thanks largely to the efforts of African Parks, a well-organized NGO that took over the park management in 2015.

Following an exciting program of reintroductions, all the Big Five can now be seen within Liwonde’s 220-square-mile confines, along with cheetah, African wild dog and a wide variety of antelope. But, as has been the case throughout, the park’s star attraction is the Shire River, a wide, palm-lined tropical waterway that can be explored on thrilling hippo-dodging boat trips.

Situated alongside the main road between the cities of Lilongwe and Blantyre, Dedza doesn’t have much going for it on the face of things. But appearances can be deceptive. This workaday town is the ideal base for exploring the Chongoni Rock Art Area, a scattered collection of 120-odd prehistoric painted panels inscribed as a UNESCO World Heritage Site in 2006.

The most rewarding sites at Chongoni are clustered on a spectacular granite dome overlooking Mphunzi Mission, 12 miles west of Dedza. Strikingly different in character to most other African rock art, the paintings here represent a tradition that dates back at least 2000 years. For insight into the art and its relationship to rituals practiced today by the Chewa people, visit the ethnographic museum at the nearby Mua Mission.

Malawi’s largest and most remote national park subverts expectations. Nyika is no typical African safari landscape, but a 1,210-square-mile plateau of undulating grassland, pine plantations and wooded gorges, most of it set at altitudes greater than 6,500ft.

Nyika is suited more to energetic walks than to game drives. Still, there’s plenty of wildlife around, including elephant and leopard, though Crawshay’s zebra, roan antelope, eland, bushbuck and southern reedbuck are all more conspicuous. For those with more specialized interests, more than 200 orchid species have been recorded, while a checklist of 400-plus birds includes rarities such as wattled crane, Denham’s bustard, mountain marsh widow and scarlet-tufted malachite sunbird.

If you drive to Nyika, allow a night or two en route at Vwaza Marsh Wildlife Reserve, whose only accommodation overlooks a lake where you’re likely to see hippo, elephant, buffalo and a variety of aquatic birds.

Our favorite resort on Lake Malawi, Cape Maclear stands on a mountainous peninsula overlooking a scenic vista of palm-shaded beaches, turquoise waters and tall rocky islands. It forms part of the 36-square-mile Lake Malawi National Park, which was inscribed as a UNESCO World Heritage Site in 1984 in recognition of its unique diversity of cichlid fish. This is a superb chill out spot, whether you’re into lazing on the beach, snorkeling in the company of otters and colorful fish, or kayaking to the rustic lodges perched on Mumbo and Domwe Islands.

Liwonde’s main rival for the accolade of Malawi’s top safari destination, Majete lies further south on the Shire River, alongside the surging whitewater of Kapichira Falls. Under the custodianship of African Parks since 2003, Majete has emerged as one of Africa’s most resounding conservation success stories. Previously a neglected tract of poached-out Brachystegia woodland, it is now an exclusive safari destination that harbors reintroduced populations of all the Big Five, along with cheetah, giraffe and around a dozen antelope species.

An immense granite dome that rises to 9,849ft above the surrounding tea estates, Mulanje is the second tallest massif in southern Africa (after the uKhahlamba- Drakensberg). There are some lovely walking trails in the forested foothills, while serious hikers can test themselves on a steep all-day ascent to the main plateau, which is serviced by several mountain huts.

A scenic highlight of Malawi’s relatively little visited far north, the Livingstonia Mission was founded on Lake Malawi in 1875 but relocated to its present highland location in 1894 to escape the ravages of malaria. Now reached via a snaking road with 20 hairpin bends, the old stone mission offers fine views over the Rift Valley escarpment to the sparkling lakeshore 3,000ft below. Nearby, Manchewe Falls crashes almost 500 ft over the escarpment to support a microhabitat of lush mist forest.

Although it lacks the Big Five credentials of Liwonde and Majete, Malawi’s most southerly national park possesses a thrillingly wild character. Animals likely to be seen include buffalo, greater kudu, nyala and samango monkey. It’s a superb birdwatching destination, especially for Brachystegia specialists such as racket-tailed roller and pale-billed hornbill.

Lengwe is a useful springboard for boat trips onto the nearby Elephant Marsh, a fabulous wetland long ago abandoned by its pachydermal namesakes but still home to hippos, crocodiles and a dazzling variety of aquatic birds.

Set in Mozambican waters but territorially part of Malawi, Likoma is a large and historic island that seems to operate in a time-warped space all its own. The island is best known today as the site of Kaya Mawa, an exclusive fly-in beach retreat whose magical location and relaxed vibe live up to its name (literally ‘Maybe Tomorrow’). For more budget-oriented travelers, the unhurried lake ferry trip from the mainland to Likoma is a treat in itself.

Though not comparable to Mulanje or Nyika in height or scale, Zomba is better suited to casual visits. An all-weather road climbs up to the plateau from the leafy old town of Zomba, which served as capital of Malawi from 1891 to 1975. There’s a characterful resort hotel on top, and plenty of opportunities for gentle rambling in undulating grassland, neat plantations and indigenous forest. Wildlife includes  bushbuck, monkeys and plentiful birds.