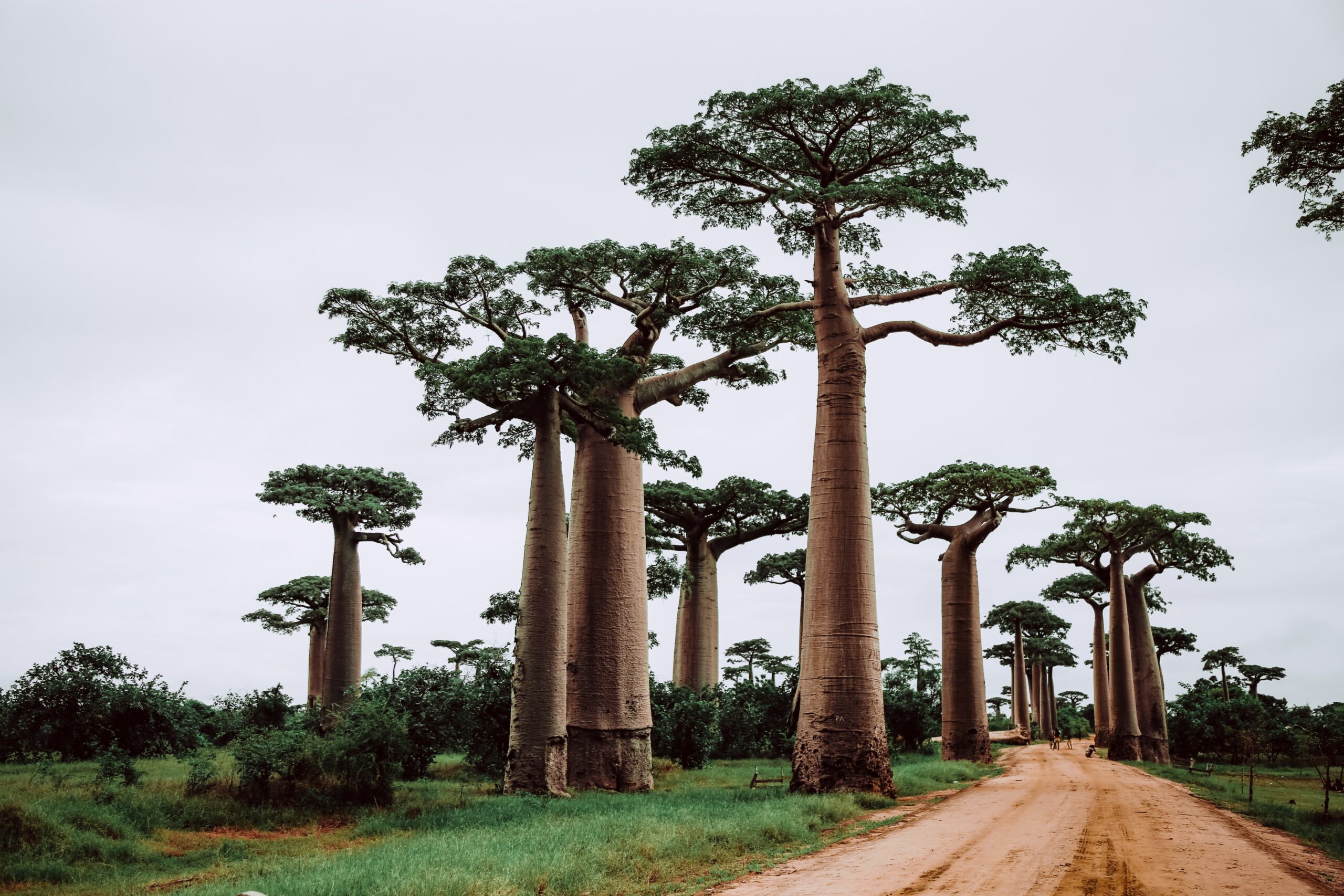 Which wildlife are most popular, and where can I find them?

Africa is a massive continent with a variety of countries and safaris to choose from especially in the Southern and Eastern regions. Each country has its own unique spread of wildlife, so it really depends on what you want to see the most!

Here are the most abundant wildlife populations in some of South and East Africa’s most popular safari countries.

Where can I watch “The Great Wildebeest & Zebra Migration” in Africa?

The Great Migration is one of the world’s most thrilling wildlife exhibitions where you will witness millions of hooves stampeding through the Serengeti in search of fresh grazing and clean water.

Tremendous hoards of Wildebeests along with other herd animals like Zebras and Gazelles move across East Africa in an anticipated pattern each year. The journey is always unique, but the herds generally move between the crowded woodlands and open plains depending on the weather and availability of resources.

And there’s absolutely nothing like watching the herds stampede the plains.

What is the best location to see the famous “Big 5” (Lions, Leopards, Buffaloes, Rhinos, and Elephants)?

While a multitude of countries feature the Big 5, two of the best parks to view them in are both in Tanzania - The Serengeti National Park and Ngorongoro Crater.

South Africa’s Kruger National Park is the world’s most popular safari destination and it also features all 5 of these fantastic animals.

When is the best time to go on a safari?

The safari possibilities in Africa are endless, and as it is a huge continent, the climate massively varies from one area to the next. Generally, though, if you are looking at maximising your wildlife viewing experience and that is your only consideration, you should look to the “dry season” in the country you are interested in. East Africa’s dry season is generally from July – November, but also there is a dry spell from January – March which is also a fantastic time to visit. An East Africa classic safari is usually spent in Kenya and Tanzania, but you can also look at gorilla trekking in Rwanda or Uganda.

Southern Africa’s dry season is slightly more dramatic, with the rainy season beginning in December and lasting until May. The best months to visit are therefore from June – November, but be warned, if you go in October although the wildlife is phenomenal, it is extremely hot!

There are though perks at not going in these times though – see our blog on green season in Africa. The best thing to do is to give us a call to discuss though, and then we can make recommendations based on your specific preferences and expectations of your trip. It is very confusing, but often when chatting on the phone it is a lot easier to begin recommending suitable options.

Which country has the best safaris and the most exciting wildlife viewing?

Africa is not a country; it’s a continent! And it’s massive. There are so many great countries and locations for safari—Botswana, Kenya, Namibia, Rwanda, South Africa, Tanzania, Uganda, and Zimbabwe (just to name a few)—and they all offer unique experiences.

South Africa is home to the most well-known safari destination in the world: Kruger National Park.

Kenya and Tanzania are where enthusiasts go to see the Serengeti and The Great Migration.

Rwanda and Uganda are best known for gorillas.

Then, there’s Botswana. It’s a lesser-known safari location known for the Okavango Delta. The experience is all about untouched wilderness, luxury camps and lodges, incredible wildlife, and fewer crowds. Also, Botswana has almost double the number of elephants of any other country in the world—around 130,000. It’s where you go on safari if you are “in the know.”

Is it expensive to go on an African safari?

Actually, it's easier and less expensive than you probably think. There are daily direct flights from New York (JFK and Newark), Washington D.C. and Atlanta to either Johannesburg or Cape Town in South Africa, with a flying time of around 17 hours, and Kenya Airways operates direct flights between New York and Nairobi. Additionally, there are numerous convenient connections to African hubs through Europe, the UAE, and Qatar.

What are my flight options to get to the various safari destinations in Africa?

From North America you can fly via a European city such as London, Amsterdam or Frankfurt. You can also fly direct to South Africa from New York or Washington DC. The two main hubs in Africa are Johannesburg in South Africa or Nairobi in East Africa. You can fly direct from Europe into other African cities such as Cape Town, Dar es Salaam, Kilimanjaro and Lusaka. You would fly into the nearest African city from where your safari starts. From there we organize flights to smaller airports.

What do I need to pack?

Due to the use of light aircraft for flights between camps in all countries, strict weight limits on luggage are enforced for safety reasons. In Botswana, on some trips in Namibia and in Zambia you are limited to 20kgs (44lbs) per person if flying with Sefofane Air Charters. In Kenya & Tanzania, the limit is 15kgs (33lbs) and for all other countries, 12kgs (26lbs) is the limit. These limits include camera equipment.

Bear in mind that laundry can be done almost on a daily basis, so 3 or 4 changes of clothes are usually sufficient.

Binoculars are very important. You will not always have the animals under your nose! A good pair of 8 x 30 or 8 x 42 would be ideal. The small pocket pairs can become frustrating to use unless they are a very good make.

How should I dress?

Upon booking your safari, you’ll receive documents that include a complete packing list. Suffice it to say, though, that your clothing should be comfortable and casual. Khaki, olive, brown, and tan clothing increases your chances of seeing wildlife and offers the added benefit of concealing dirt. Since laundry service will be available in many of the places we visit, you should avoid the temptation to over-pack (and anyway, in most of Africa you will have a luggage weight limit of 33 pounds).

Is it safe to go to Africa? How about personal safety issues while on safari in the middle of the wilderness (also known as “the bush”)?

Whilst there is an inherent risk whilst travelling on safari and in Africa, it is no more dangerous than travelling anywhere else in the world. You will be in wildlife rich areas most of the time you are on safari and will come into relatively close contact with wild animals. The camps are, however, safe and the guides that will be accompanying you are well trained. Very good medical air rescue services are available and the camps and lodges are in good radio contact with them at all times.

What immunizations do I need before going on Safari?

Vaccinations that need to be considered are Hepatitis A & B and Typhoid, we suggest you contact a travelers clinic for specific recommendations for the country you are traveling to. A Yellow Fever vaccination is required if you are traveling to Zanzibar. We can provide contact numbers for a travel medicine clinic in your city.

What is impact tourism?

Impact tourism serves to move the boundaries of sustainable tourism from the mentality "let's leave nature as we found it" to "let’s do something beneficial and improve the local community." Through Impact Tours, we facilitate the active participation of tourists, an authentic experience, and at the same time include vulnerable groups into the business model and provide for positive environmental effects and additional income in the local region.

Why do we not support voluntourism?

On the surface, volunteering in another country may seem like a perfect opportunity to combine your desire to do good with the chance to experience a different culture. This type of volunteering, otherwise known as voluntourism, might appear to be a positive all-around, but there are instances where voluntourism can have a negative impact on local communities.

Voluntourism, especially at places such as orphanages, encourages the institutionalization of children, creating a profitable business out of it. Adults in positions of power can take advantage of vulnerable children and parents for the sole purpose of attracting volunteers willing to pay big money to “help someone in need”.