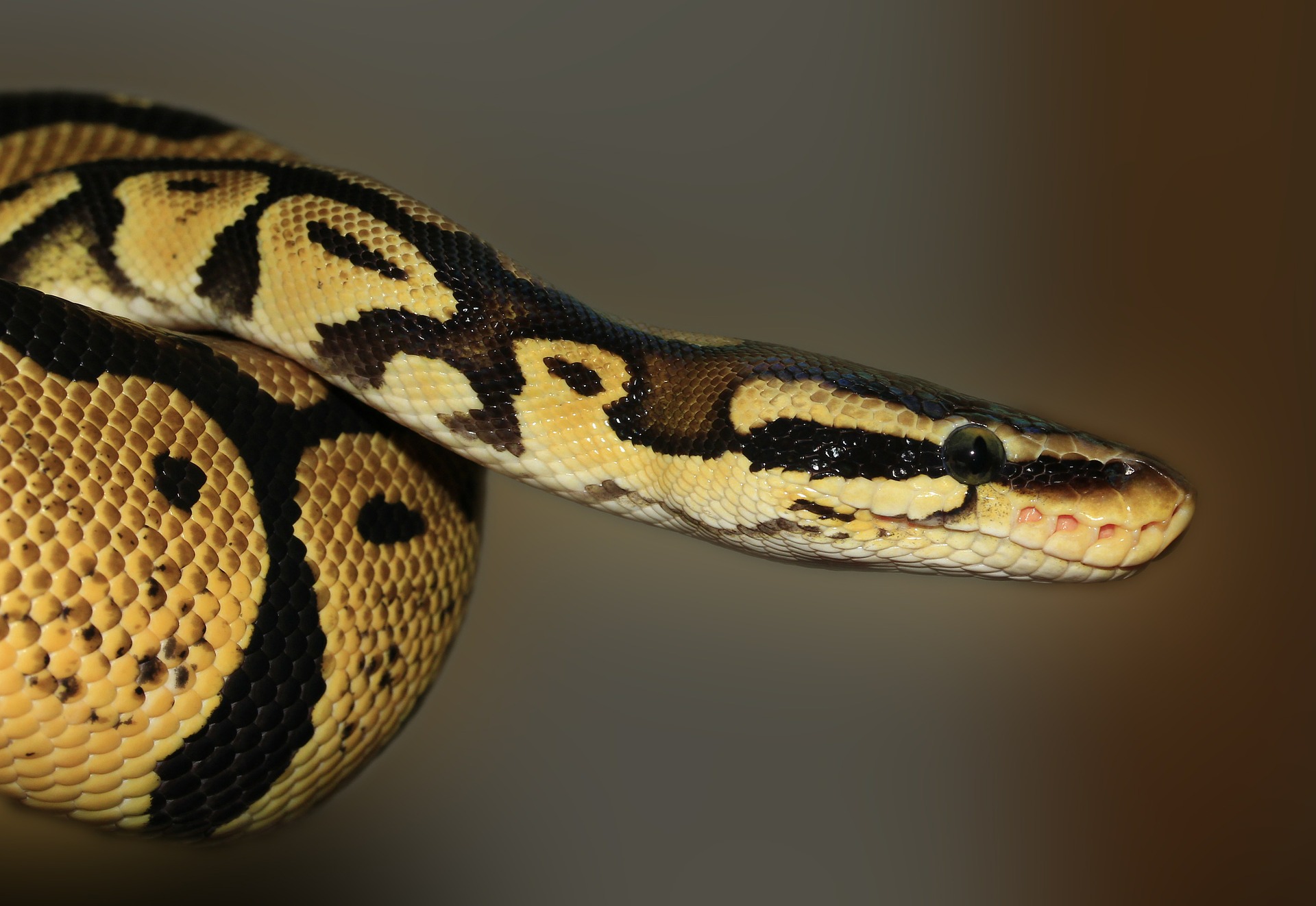 Home  /  Adventure   /  Reptiles to Look Out for on an African Safari

Reptiles to Look Out for on an African Safari

Reptiles have always received more than their fair share of bad press, from the death-eyed basilisks of Greek mythology and apple-pushing serpent of Eden to the rapacious crocodiles and venomous snakes that claim dozens of human lives annually today. In some cases, this reputation is not entirely without foundation, but in most it is wholly unfair. More than 95% of Africa’s hundreds of reptile species are not only totally harmless to people, but also play an ecological role whose value cannot be overstated. A healthy snake population helps prevent plague-like outbreaks of rats, the lizards that scuttle around lodge grounds do much to control mosquitoes, and crocodiles habitually devour carrion that might otherwise clog up and pollute rivers and lakes. So, while most visitors to Africa will be happy not to come into contact with venomous snakes such as cobras and mambas, there are many other stellar reptiles to enjoy seeing on a safari.

Nature’s original backpackers, tortoises, and terrapins carry their home – a practically unbreakable armored exoskeleton – on their back wherever they roam. Where tortoises are strictly terrestrial, terrapins inhabit freshwater habitats, and both are conspicuous in some safari destinations. On dry land, the species you’re most likely to see is the leopard tortoise, a large (up to 100lb) and long-living dawdler with a tall domed shell whose gold-and-black mottling vaguely resembles the markings of a leopard. Terrapins, by contrast, have a flatter and plainer shells, and are frequently seen sunning themselves on partially submerged rocks or logs, or peering out from roadside puddles. Particularly intriguing is the African helmeted turtle, a widespread wanderer that aestivates during the dry season, burying itself deep in mud or sand to re-emerge after the first rains as if from nowhere – giving rise to a local legend that it drops from the sky during storms.

Africa’s largest and most ferocious predator is not, as many would assume, the lion, but the Nile crocodile, which can attain a length of greater than 20ft and weight of 1,400lb, and has a lifespan comparable to that of humans. Little changed in form since the Age of the Dinosaurs, these versatile aquatic hunters are decidedly sinister and prehistoric in appearance, with their cold green eyes, fearsome toothy mouths, and armor-like body scales. And they are just as menacing as they look, being responsible for more human deaths annually than all Africa’s mammalian carnivores put together.

The Nile crocodile is widespread in rivers, lakes, and reservoirs throughout equatorial Africa, and its range extends north along the Nile into Egypt and south to the eastern coastal belt of KwaZulu-Natal. Lake Turkana, in northern Kenya, harbors the world’s densest population, with an estimated 10–15,000 individuals regularly breeding on one of its islands. More accessible crocodile hotspots include the Nile as it flows through Murchison Falls (Uganda), the Rufiji River in Nyerere National Park (Tanzania), and the stretch of the Zambezi flanked by Mana Pools (Zimbabwe) and Lower Zambezi (Zambia). In the Serengeti-Mara, outsized crocodiles frequently lurk at established crossing points along the Mara and Grumeti Rivers, waiting to take their opportunity to snatch any misstepping wildebeest.

Africa’s largest lizard, the Nile monitor is a dragon lookalike that occurs in all but the driest of habitats from Egypt south to the Cape. Dark green in color, with some yellow spotting and banding on its muscular torso and tail, it can grow up to 8ft long and might weigh as much as 40lb. Sometimes mistaken for a crocodile when seen swimming or basking on a riverbank, it also often startles walkers by crashing loudly through the undergrowth when disturbed. It’s a versatile predator, foraging both on land and in the water, and its favored prey includes crocodile and bird eggs, small vertebrates, and carrion.

The most peculiar and charismatic of lizards, chameleons are known for their ability to change color (influenced as much by mood as by background), their protuberant independently-swiveling eyes that offer 180º degree vision on each side, and a sticky-tipped, body-length tongue that remains coiled in the mouth except when it is unleashed in a blink-and-you’ll-miss-it lunge at a selected item of prey.

The name chameleon derives from an Ancient Greek term meaning ‘dwarf lion’, a reference to its intimidating defensive displays, which involves inflating its body, opening its mouth wide, and hissing as it lunges forward. In many species, these bristling cat-like displays are made all the more convincing by adornments such as facial casques, flaps, horns, and crests.

For hardcore chameleophiles, Madagascar is a must-visit. At least half the world’s 130 species are endemic to this island, ranging from the monstrous 2ft-long Parson’s chameleon to the tiny Brookesia nana – the world’s smallest reptile, with adult males attaining a length of less than one inch.

Chameleons are also well represented on mainland Africa, with at least 50 species present, though most are restricted to a few particular forests. An exception is the flap-necked chameleon, a widespread medium-sized savannah-dweller often seen crossing game reserve roads in characteristically ponderous fashion. If you track gorillas in Uganda, look out for the spectacular Rwenzori three-horned chameleon, a large and very colorful species often seen in Bwindi Impenetrable National Park.

Among the gaudiest of lizards, agamas are distinguished by their relatively large size (up to a foot long), large flat head which they habitually bob up and down as they sit on a tree trunk or rock, and colorful plastic-looking scaling – usually a combination of blue, purple, orange or red, with the head being a different color to the torso. Among the most colorful and conspicuous of 30-odd species are the Mwanza flat-headed rock agama, which is often observed basking in rocky areas in the Serengeti-Mara (Tanzania/Kenya), and the black-necked tree agama, which is common in the Greater Kruger (South Africa).

Because snakes are so widely feared by local villagers, who will often kill them on sight, they tend to avoid people and are seldom seen on safari. An exception is the rock python, a non-venomous constrictor that can attain a length of around 15ft, making it Africa’s largest snake. Pythons feed mainly on small antelopes, large rodents, and similar-sized prey, wrapping their muscular bodies around the victim until it can no longer breathe, then swallowing it whole and dozing off for a couple of months while the protracted digestive process kicks in. Widespread in sub-equatorial Africa, the rock python might be seen anywhere in the region, but the Serengeti-Mara (Tanzania/Uganda) and Queen Elizabeth National Park (Uganda) are both good spots.

Probably the most commonly seen reptile on an African safari, the tropical house gecko is a small nocturnal lizard that often takes up residence in lodges and camps. Easily recognized by its bug-eyes and almost translucent coloration, the house gecko possesses gravity-defying sucker-like feet which allow it to climb vertical smooth surfaces (including glass) with ease, and to scamper upside-down on ceilings chasing the insects on which it preys. Several negative superstitions are attached to these spectral lizards, and some tourists are uncomfortable about sharing a room with them, but they are totally harmless and do a great job of snaffling up mosquitoes and other insects. The tropical house gecko occurs naturally throughout most of sub-Saharan Africa, but the ease with which it adapts to being a ship stowaway has allowed it to extend its range to the Americas and the Caribbean in recent centuries.