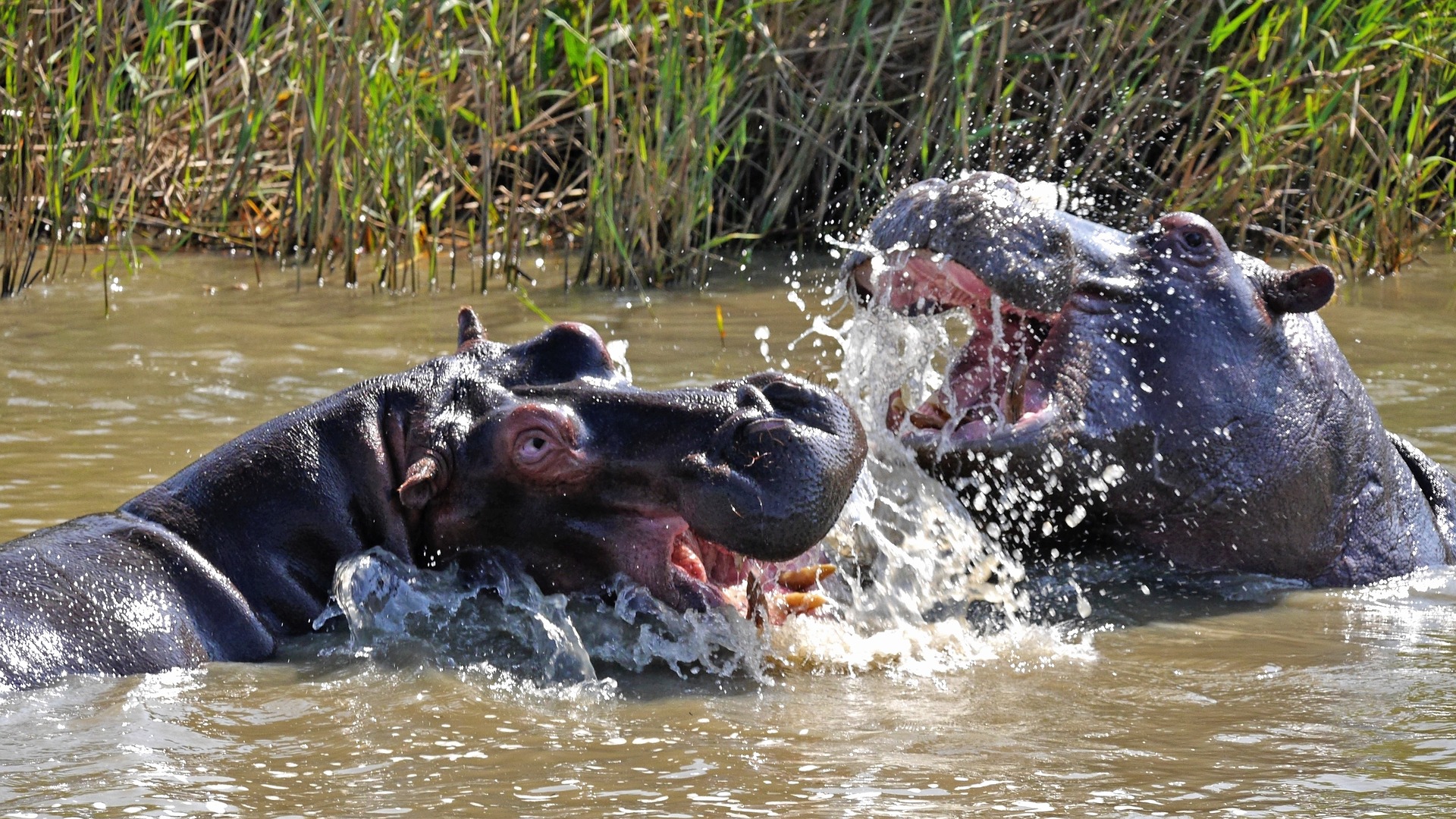 The name says it all. Translating as ‘Place of Marvels’, iSimangaliso – a phrase first coined 200 years ago by King Shaka Zulu – was adopted as the official name of South Africa’s premier wetland in 2007, and it could scarcely be more apt.

Originally called Greater St Lucia, the 1,280-square-mile iSimangaliso Wetland Park was inscribed as South Africa’s first UNESCO World Heritage Site in 1999. At the time, President Nelson Mandela proudly declared it to be “the only place on the globe where the world’s oldest land mammal (rhinoceros) and biggest terrestrial mammal (elephant) share an ecosystem with the world’s oldest fish (coelacanth) and the biggest marine mammal (whale)”.

iSimangaliso contains a unique combination of ecologically important marine and aquatic habitats. Its 135 miles of pristine subtropical coastline are lined with the world’s most southerly coral reefs, while a total of five separate Ramsar wetlands includes South Africa’s largest freshwater lake and swamp forest, and the most extensive estuary anywhere on the continent. Furthermore, iSimangaliso’s vertebrate checklist is the most diverse of any protected area in Africa – an extraordinary 1,890 species in total, most of the fish, but also 130 types of mammal (including all the Big Five) and 530 birds.

iSimangaliso protects some truly breathtaking beaches: uninhabited swathes of sun-drenched sand flanked by turquoise estuaries, subtropical jungles, and the world’s tallest forested dunes. But it is a seaside destination with a difference, one whose bush atmosphere feels more akin to a game reserve than a beach resort. Here are ten highlights of this extraordinary park:

South Africa’s wildest urban settlement stands on a gorgeous jungle-swathed peninsula that divides the Indian Ocean from the St Lucia Estuary. It is a true birdwatcher’s paradise, with the likes of trumpeter hornbill, purple-crested turaco, and African goshawk all regularly seen in the lush canopy, while the streets are routinely patrolled by nocturnal wildlife such as hippo, warthog, and porcupine. Combining a relaxed village ambiance with tourist-friendly amenities, St Lucia is a great starting point for exploring iSimangaliso, and it offers enough different day excursions to keep you busy for a week.

The vast estuary that laps the shores of St Lucia village is best explored on a guided boat trip, ideally in the late afternoon when the sun is low and wildlife most active. Expect close-up sightings of hippo and crocodile, as well as a rich aquatic birdlife that includes the mighty African fish eagle, larder-billed pelicans, and the jewel-like half-collared and malachite kingfishers.

A popular self-drive excursion from St Lucia Village follows a 15-mile asphalt road through a landscape of rolling grassland and forested dunes to Cape Vidal. There’s a fair amount of wildlife around: zebra, hippo, warthog, waterbuck, reedbuck, and impala are conspicuous, and elephant, white rhino, buffalo and leopard are present in small numbers. Look out for the red duiker (a tiny forest antelope) at Mission Rocks Viewpoint, and prolific waterbirds at iMbona Pan. Set below massive forested dunes, the sandy beach at Cape Vidal is a great spot to chill out and keep an eye open for whales.

Although it lacks the coastal setting of its eastern counterpart, Western Shores offers more reliable game viewing and it’s just as easily visited as a day excursion from St Lucia. Highlights include the short uMdoni Loop, where you should look out for elephant, buffalo, and the exquisite nyala antelope, and the uMthoma Aerial Boardwalk, which offers lovely views over the wetlands and hosts a wealth of colorful forest birds.

The premier safari destination within iSimangaliso, 155-square-mile uMkhuze became a fully-fledged Big Five reserve with the reintroduction of lions in 2013. Although game drives here can be very rewarding, the reserve is particularly beloved by wildlife photographers for a network of hides that provide wonderful opportunities to get a close-up shots of rhino, nyala, greater kudu, and colorful bushveld birds. Elsewhere, the lovely Nsumo Pan, hemmed in by low mountains and yellow fever trees, could be transplanted from the Rift Valley of East Africa, while the guided Fig Forest Walk, which runs through a stand of ancient sycamores famed for its birdlife, is given a certain edge by the possibility of bumping into elephant, buffalo or lion.

A dozen-odd species of cetacean (whales and dolphins) have been recorded offshore of iSimangaliso. Weather-dependent boat trips with registered operators might offer sightings of bottlenose and spinner dolphins throughout the year, but whale-watching peaks between June and October, when humpback and southern right whales migrate along the continental shelf. If your sea legs aren’t up to boating, the elevated dunes between St Lucia and Cape Vidal provide a good vantage point for land-based whale-watching.

iSimangaliso is one of Africa’s most important nesting sites for the endangered loggerhead and leatherback turtles, marine heavyweights that sometimes clock in at more than 1,000lb. Between November and March, a handful of licensed operators offer nocturnal tours to the protected nesting beaches, where a quiet vigil might be rewarded with the sight of female turtles coming ashore to excavate a hole in the sand, lay her eggs, then bury them again – a process that can take an hour from start to finish.

Situated roughly halfway along the coastline separating St Lucia from the Mozambican border, Sodwana stands on a lovely white beach hemmed in by a coastal forest alive with birds and monkeys. Although it’s very popular with game fishermen (and can get somewhat crowded during South African school holidays), Sodwana’s main claim to fame is as the country’s top snorkeling and diving site. Sharks, rays, dolphins, and turtles inhabit the surrounding oceanic waters, while offshore coral formations host a dazzling variety of colorful reef-dwellers. Look out for the devil lionfish, a spectacular footlong predator adorned with brilliant red stripes and 13 venomous spines.

Separated from the Indian Ocean by tall forested dunes, Lake Sibaya, all of 30 square miles in extent, rather surprisingly ranks as the largest natural freshwater body in South Africa. Explore it by boat, or take a guided walk around the shore, and you’re bound to see some of its plentiful hippos and crocodiles. Localized birds include rufous-bellied heron, little bitter, and rosy-throated longclaw.

The most northerly sector of iSimangaliso, Kosi Bay comprises a magnificent network of five interconnected lakes that drain into the Indian Ocean immediately south of the Mozambican border. Culturally, a unique aspect of Kosi Mouth is the mosaic of organic fish traps that have allowed the local Tsonga people to harvest it sustainably for some 700 years. The calm waters of the mouth also offer superb snorkeling on a rocky reef that supports at least 150 fish species, while boat trips through the forest- and palm-lined Sidhadla River is likely to yield sightings of the localized samango monkey and avian rarities such as palmnut vulture, Pel’s fishing owl, African finfoot and broad-billed roller.